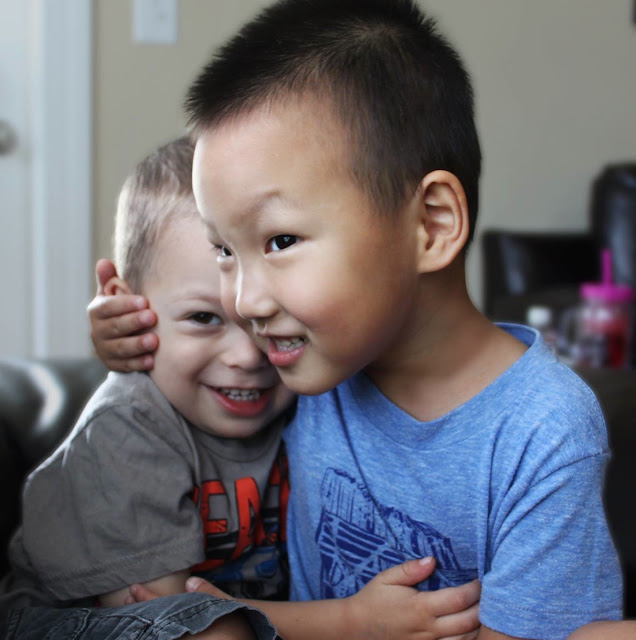 I couldn’t help notice in our Mothers’ Day church service in May a 14 year-old boy being affectionate to his mom as the pastor spoke in superlatives about mothers. After the service I went up to the boy and told him to never give up on showing affection to his parents. He and his dad both smiled in acknowledgement. “Even if your mother brings something to you at school, be prepared to hug her in front of your friends,” I said to yet more smiles.

Affection is essential to the development of any human being. Everyone in the world needs the outward show of affection - children and adults, boys and girls all desire to be held, patted, kissed, hugged or spoken to in an affectionate way and often. It makes them feel valued and secure, knowing that someone not only says they care, but demonstrates it.

It could be an arm around a grieving soul, a pat on the back or a ruffle of the hair for a job well done, high fives, the gentle hold of another person's hand, a handshake of recognition and respect, a kiss on the cheek, a good bear hug...they all say more than words could ever tell.

During the ‘Cold War’ in Eastern Europe many parents couldn’t afford to keep some of their children. These children were often sent to orphanages where the staff was usually told to look after the children’s basic needs only. They were not to offer affection as that might create bonds that were too hard to break. The results were shocking. When Communism in Eastern Europe fell and news got out about the orphanages, journalists photographed and wrote about the affection-starved children. The children rocked back and forth, could hardly speak and their eyes showed little or no expression.

WHY IS SHOWING AFFECTION SO AWKWARD FOR SOME?

a) Maybe the parents, or one of them, grew up in an affection-sterile home. We had a friend like
that. Hugging her was reminiscent of trying to hug an ironing board. She was just plain
uncomfortable in such close proximity to another, and even now she finds the close proximity of
a hug very uncomfortable and we have been good friends for years.

b) Some dads who raised a ‘daddy’s girl’, sometimes back off showing affection to their daughters
once they reach puberty for fear of being accused of molestation. This fear is real, but
unnecessary. Sure, some of the things you used to do like tickling and smooching would have to
be curtailed, but hugging, holding, quick kissing and affectionate words should never cease.

c) Some think it is sissy to show affection.  It goes along with 'boys don't cry' and 'sticks and stones
may break my bones, but names will never hurt me!'  We all know those sayings just stifle the
need to show emotion under difficult circumstances.

d) In the case of someone we do not know well, we may need to ask permission to hug or touch
them.  I have never found one who refused such an offer, but it is appropriate to ask first.

In many homes in America there are affection-starved children who are deprived of so many things that make up a healthy personality. Research shows that such children look elsewhere for affection if they don’t get it at home. Many equate sex with affection and that may lead to promiscuity. For many boys it can lead to joining gangs where a different form of affection and loyalty is exhibited.

Affection is absolutely free. Affection is God-given (God so loved the world) and needs to be part of our behavior if we value wholeness. If we have come from an dis-affectionate background it is still possible to practice being affectionate. You need it and your children desire it and deserve it!

Showing affection can transform your whole home environment and tells your children in a tangible way they are loved.