ARE WE UNDER-ESTIMATING OUR IQ? 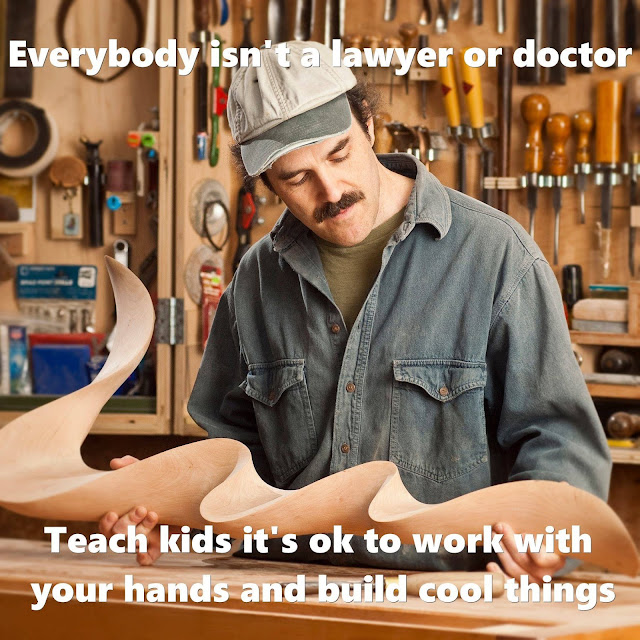 I found this very interesting information on intelligence other than the usual IQ test that indicates how brainy or not we are.  I am including it with the link in hopes that it might be of as much interest to the rest of you as it was to me.  You will have to use the url below to get links indicated in red.

How smart are you?
Your answer to that question probably depends pretty heavily on your grades in school or, if you've ever taken one, the results of an IQ test. But are those a fair basis to assess a person's mental capabilities?

Everyday language suggests maybe not. We speak of street smarts and EQ, for instance. Both terms suggest that there are abilities that deserve to be considered as forms of intelligence but that fall well beyond the scope of traditional academic measures. Does science go along with common sense in seeing that intelligence and IQ are far from the same thing?

More than you probably imagine. According to Harvard's Howard Gardner, intelligence actually comes in an incredible eight flavors. In a recent video for Big Think the developmental psychologist outlined not just the two kinds of intelligence he believes IQ tests capture -- language and logical (other academics break IQ into different components) -- but also listed another six types of intelligence these tests fail to measure at all.

This is the easy grasp of how things lay in space that allows a chess master to win or a surgeon to perform near miracles. It's also "what an airplane pilot or a sea captain would have. How do you find your way around large territory and large space," Gardner notes.

Forget the cliché of the dumb jock. Coordinating your body actually takes a great deal of intelligence -- just not the kind measured by IQ tests. This type of smarts "comes in two flavors. One flavor is the ability to use your whole body to solve problems or to make things, and athletes and dancers would have that kind of bodily kinesthetic intelligence. But another variety is being able to use your hands or other parts of your body to solve problems or make things. A craftsperson would have bodily kinesthetic intelligence" too, according to Gardner.

Intrapersonal intelligence, or self-knowledge, is both very hard to assess and very important, Gardner says, particularly in today's fast-changing world. "Nowadays, especially in developed society, people lead their own lives. We follow our own careers. We often switch careers. We don't necessarily live at home as we get older. And if you don't have a good understanding of yourself, you are in big trouble," he explains.

And before you argue that you live in Detroit or Manhattan and so have no need for this type of smarts, he adds that "everything we do in the commercial world uses our naturalist intelligence. Why do I buy this jacket rather than another one? This sweater rather than another one?" Those fine distinctions are made by the part of the brain that used to discern a tasty small animal from a poisonous one. "When an old use of a brain center no longer is relevant, it gets hijacked for something new. So we're all using our naturalist intelligence even if we never walk out into the woods," Gardner concludes.

If this sounds like a long list of intelligences, then be warned -- even more may be on the way. In the complete video, Gardner goes on to note their are two other possible intelligences that he is currently investigating.

The bottom line? If you've been thinking of your mental horsepower solely in terms of high school report cards or a single number from an IQ test, you're probably selling yourself short. And if you're focusing your energies only on boosting your book learning, you may be wasting efforts that could be better focused on other strengths.

Do you recognize any of these six additional intelligences in yourself?