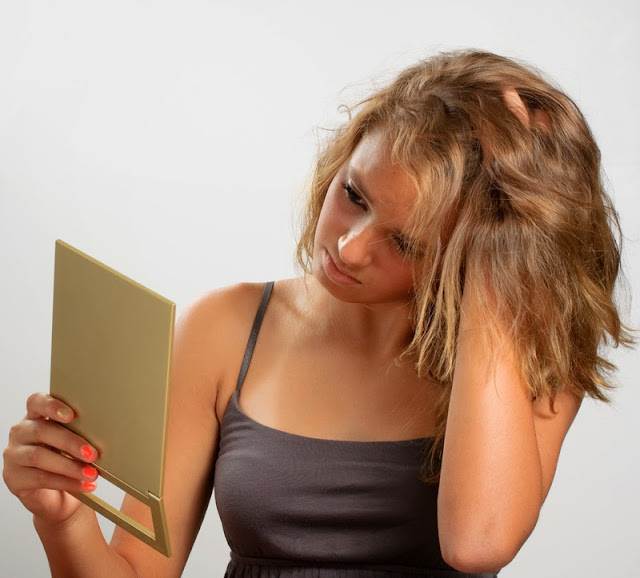 I have just seen a very interesting talk about the way advertizing is, and has for years been, creating a very skinny 'norm' in women.  Remember 'Twiggy'?  She was a painfully thin English model.  I am also concerned that tween and teenage girls are also being so subtly dictated to by similar advertizing.

It's one thing to covet a world that someone else lives in; and yes, terrible things are stored up for those who refuse to be happy.  But we're beginning to covet a world that NO ONE lives in, and that's much scarier.  It's consciously deciding to live for a while in unreality, and the human mind isn't built to sustain that.  It leads to obsessiveness.  To mania.  To dark green ugly diseases.  We're doing it with our song lyrics.  With our Face Book posts.  With our Christian films.  We're throwing an Instagram blemish-smoothing filter on the world, which is effective in "fixing" a flawed photograph.

But what are we going to do about mirrors?"

The mirror does say it all, but why shouldn't we be satisfied with what it portrays?  When it comes to my health, I say 'yes' to making necessary changes I see in my mirror.  However, I think that parents need to have a long and hard look at their kids' attitudes towards image, for image sake.