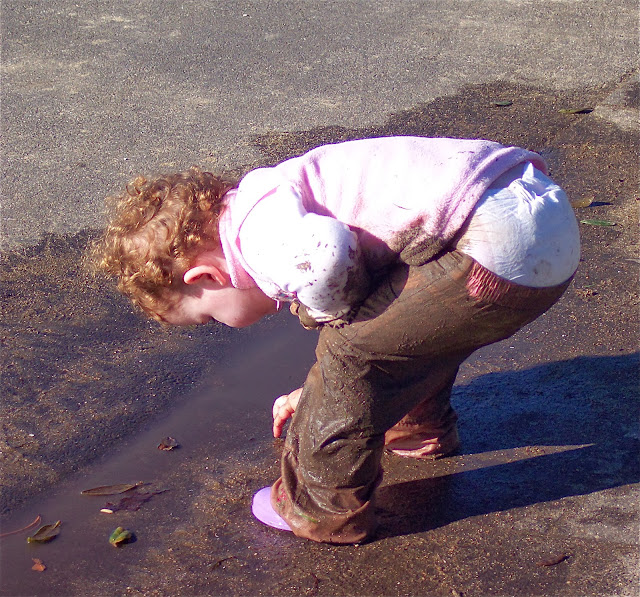 My uncle always used to say, "If you don't eat dirt you'll die," and I have come to agree with him.  I am not talking about digging spoonfuls out of the garden and swallowing them, although I have seen a guy demonstrating that very thing to make his point about the valuable properties of dirt in our diet!

No, I am talking about the obsession of sanitizing our hands and all surfaces in sight for fear of being exposed to germs.  Do you know that this is a huge advertizing gimmick to compel 'good' parents to protect their kids against all germs - well at least 99.9%, so the advertizing says. This is ridiculous!  It doesn't even make sense.  How will our bodies ever build up immunity if we are constantly shielding them?  Medical research is showing that because so many people are using disinfectants out of an obsession to be germ free, bacteria are mutating so much that there are now some infections that antibiotics won't cure.  That's alarming!

40 years ago my Doctor told a group of us pregnant women to make sure we passed our babies around to everyone, even those with colds.  He stated that exposure to coughing and sneezing was an advantage.  He was a total believer in early exposure to germs.  He also said that our babies would be more protected from getting sick if we were breast feeding them at the same time.

May I suggest that you stop constantly wiping down all surfaces and sanitizing your children's hands.  Sure, they should wash their hands after using the bathroom and before they eat, but let them get in the dirt.  They love it and it is good for them.

Note:  The picture above was taken with permission at a beach in New Zealand.  We had just arrived in the country and planned to walk along the beach front.  We saw this little girl, completely oblivious to the world, playing in the muddy water.  Her parents were sitting nearby laughing at how much fun she was having.  They didn't care that she might be ruining that pretty little pink outfit she had on.  They realized the value in exploring the texture of mud and just having fun.  Good for them and good for her!

Written by Sally Burgess
Posted by Unknown at 4:52 PM