ARE WE CREATING NARCISSISTIC KIDS? 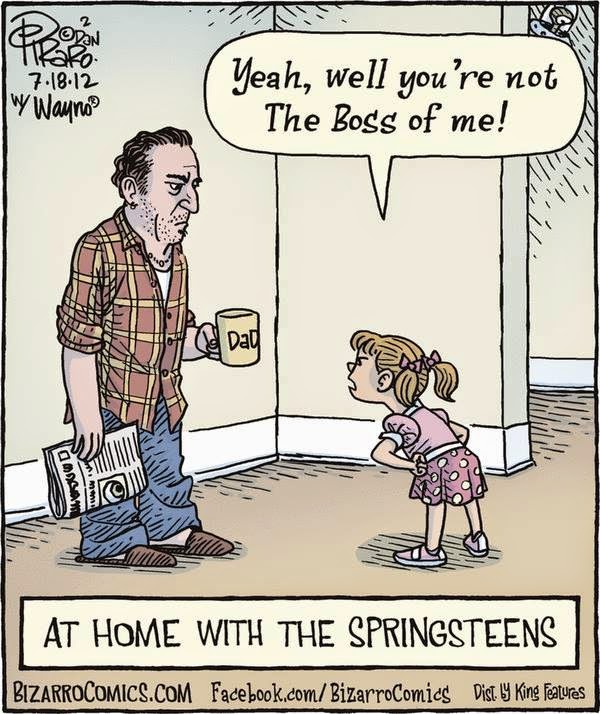 I was listening to our local talk back radio host yesterday as I was driving and he was sparking comments about a recent study that has come out stating that we could be breeding narcissistic kids!

The findings, published in the Proceedings of the National Academy of Sciences, discovered that parents who "overvalue" their kids between the ages of 7 and 11 raised children who scored higher on tests of narcissism.  In other words, parents who described their offspring as "more special than other children" and as deserving "something extra in life" had kids who think they're God's gift to the world.

Wow!  That is quite an eye opener.  In the home I grew up in, I don't ever recall my parents being over exuberant about our abilities.  In fact, I know my father thought my head was quite big enough without him singing my praises!  From the days when children were to be 'seen and not heard' until now there has been a massive change in family dynamics.  We all appreciate that when a child is first born, all activities focus on the needs of the baby.  The problem is that in a number of families, the child remains the center of attention instead of learning to become part of the family.  They expect their needs and wants to come before anything or anyone else.  This is not the child's fault.  It is the parents' responsibility to make this change in the child's thinking.

WHAT HAPPENS WHEN WE 'OVER-VALUE' OUR CHILD?

1. By telling our child they are better than others we promote an elitist attitude.  There is
a distinct difference between praising our kids for their efforts and achievements, and
leading them to believe they have more personal value than others.
Elitist attitudes can create:
a) Snobbery.
b) Racism.
c) The belief that there are different laws or rules for different people.
d) The lack of understanding about, or experiencing, boundaries and consequences for poor
behavior.

2. When a child is told by parents they are the 'best' the satisfaction of achievement is stolen
from them.  They either don't try because they believe they have already 'made it,' or, they
wear themselves out trying to prove they are the best by comparing themselves with others
when they are physically or emotionally unable to do so.

3. They do not learn to be part of a team.  Their attitude is one of selfishness.  The world will
continue to revolve around them.  Their needs and wants are paramount.

4. Their integrity is suspect.  There will always be a suspicion that they are manipulating
situations to benefit themselves over others.

5. They never learn how to deal with personal failure because they are led to believe they will
never fail.  If anything goes wrong, it was never their fault and parents will bail them
out of any negative situations to protect their reputation and that of their parents (who are
very likely narcissistic as well!)

HOW DO WE STRIKE A HAPPY BALANCE?


1. Appreciate that all kids are special, but not perfect.  They shine in some areas and need
help in others.  Give each child equal value and offer the same respect, attention and
encouragement.  Have no favorites.
2. Create high, but not impossible expectations.  Praise them for achieving and assist them
where they are not making the grade.  Teach them to set and achieve goals so they are making
personal improvement and not merely comparing themselves with others.
3. Teach them values such as honesty, respect, commitment, integrity and obedience.
4. Set boundaries and consequences for unacceptable behavior.