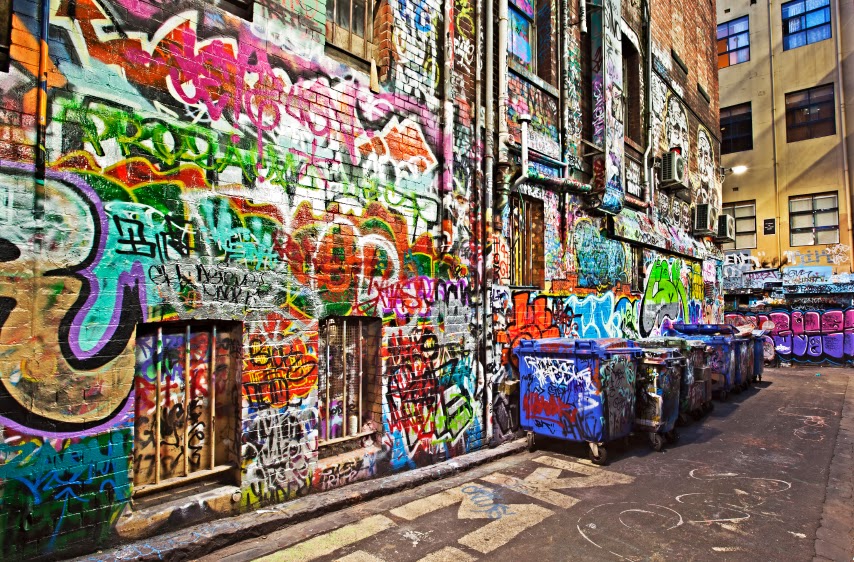 It was so annoying upon returning to our home country, New Zealand, each year to see more and more property being defaced by graffiti. Disenchanted youth, whose families had failed to help them develop an identity of their own, would join gangs and claim an object or area as ‘theirs’ by scrawling coded lettering over it. This included walls, bridges, public, and even private property, wherever it was most noticeable and daring. Feeling hopeless and helpless to make a mark on society through academic and professional careers, they were making their mark by tagging. It was their billboard!

The newspapers published a number of stories followed by a request from the Government for any ideas on how to curb this practice. In response I put together a 26 page proposal as a possible answer to rectifying the problem and presented it to the local political representative. Space in this column does not allow me time to explain the whole process and what all my steps were. In our discussion I suggested restorative justice, which is putting things back to what they were with the intent that what had happened never occurs again.

In the case of tagging -

1. When caught, the youth and his/her parents would be required to meet with a justice
official, the owner of the defaced property, and maybe an official from Children’s
Services who probably knows the family anyway.

2. The youth is required to look the owner in the eyes and sincerely apologize.

3. The youth AND his/her parents are required to remove the tagging AND restore the
property to its original state.

4. The youth, under supervision, is required to remove more tagging (without their parents
this time) preferably that written by others from the same gang. The youth is required to
do this even though it might be against their gang code. Justice is done.

5. Community service hours may be required in addition.

RESTORATIVE JUSTICE IN THE HOME

How can this process be applied in the home?

A. Peter breaks something of yours or his siblings and does not tell anyone.  When found out:

1. Require a sincere apology to the offended person and an explanation of why what he did
was wrong.
2. Decide how that property could be restored. If it cannot be mended then Peter’s allowance
is garnished over a period of time until the article is replaced.
3. Peter is then required to do say 2 hours extra work cleaning up the garage or cleaning out
closets, a task not on his regular list of chores.

1. Require a sincere apology from Stella and an explanation of why what she did was wrong.
2. She has to pay back the money.
3. She loses a further month’s allowance.

This method of consequence is proving very effective also in schools, so that instead of a child being suspended they have to come to a meeting with the principal, parents, their offended party (teacher or peer), school resource officer, student representative and maybe the parents of an offended child. The same procedure occurs and justice is done.

Try this approach in your home and see how your child is less inclined to do this sort of thing again. Oh! By the way, the last few years when traveling back to New Zealand Sally and I have had to play the game, 'Spot the graffiti'. It is now very rare to find any. I wonder why?

Written by Brian Burgess, Forefront Families LLC
Posted by Unknown at 10:46 AM