I WANT TO BE ACCEPTED! (TWEENS AND TEENS) 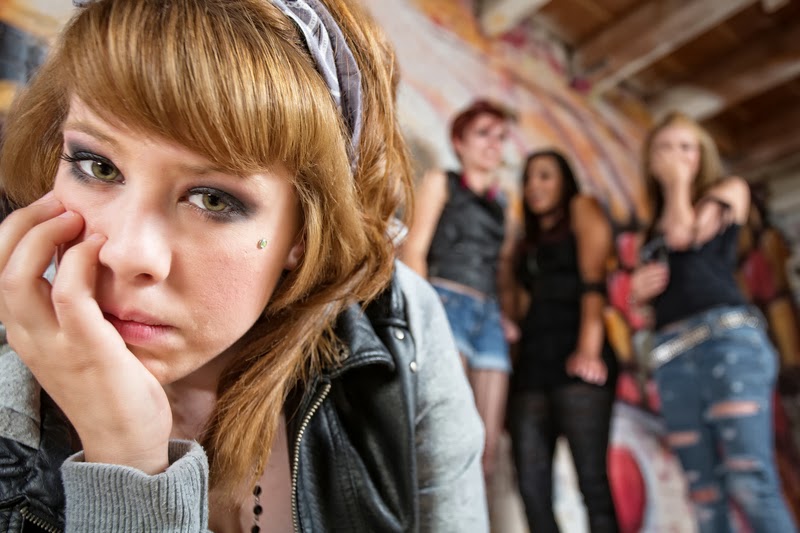 When I was a 'tween' I remember feeling very vulnerable.  My situation was accentuated by the fact that I not only moved to another town, I moved to another country.  I recall it clearly.  I knew no-one.  The only familiar faces were my father, brother and aunt.  I was in a new place and had to develop a who new set of friendships.

THE NEED TO BE ACCEPTED
Having to start at a new school with kids you have never seen before is scary for anyone, but the need to feel 'part of the group' is particularly important at that age.  As kids get into school life, they begin to gauge their worth more on what their peers think of them than the value they have gleaned from their parents.  They are having to live up to a whole new set of expectations from a variety of other people in their lives.  Without maturity on their side, 'tweens' and teens may be tempted to do anything to be accepted, even when they know their actions might get them into trouble.

My husband worked for a number of years as a school administrator in Middle or Intermediate Schools.  He said it was 'hormone city'.  Kids were scrambling to work out their identity and personality, trying to be popular, and working out where they fitted on the pecking order.  They often looked to the 'cool' groups to determine clothing styles, hair treatment, music to listen to, what language to use and what technology they must have.

It is the age and stage where 'Nerds' and 'Geeks' are the objects of scorn, where it is not cool to be academically successful and where parents despair the low grades their intelligent child brings home on their report cards.  However, when parents have raised kids that have had love showered on them, where the parents have taught them to be responsible and mature, such teens and 'tweens' feel secure and do not get influenced to the same extent by their peers.

FEELING REJECTED
At this age friends can easily turn on you.  It is an emotionally rocky climate, where kids find it very difficult to deal with being 'dumped'.  Kids can be spiteful and, without wisdom on their side, do not realize the devastation their hurtful words have on others.  Many times we have heard 'tweens' say, "You're not my friend anymore."
Kids fall in and out of friendships at the drop of a hat, but no matter how often this happens they feel the pain of rejection deeply.

PARENT RESPONSE
It is very difficult for parents to watch their children go through these traumas and not want to
just jump in and save them.  What can we do?

1. If you know you are moving to a new location, discuss the changes with your child.
2. Explain that making new friendships would be great, but they may also be a challenge.
"Other kids won't know you and you won't know them.  Perhaps you could invite them over
to our home so you can get to know potential friends."
3. Prepare your child for adolescence.  Explain puberty and how it changes kids' bodies, thinking
and actions.
4. Describe how 'tweens' and teens go through various stages of being influenced.  They may try
to bully, or allow themselves to be negatively influenced just to be accepted.  The ultimate is
that your teen/'tween' influences others positively.
5. Explain that the characteristics of a true friend, is how to recognize one and how to be one.
6. Keep the lines of communication open at all cost.  You want your 'tween' or teen to want to
come to you for advice during this difficult time in their lives.