THE POWER OF SUCCESS 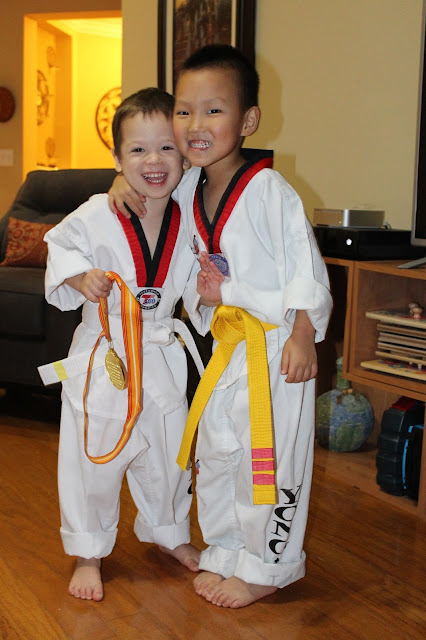 When I was at school I was always around the 50-60% mark in academic achievement (That was a pass for the scale that we used in New Zealand at that time).  I never gave myself much hope of ever really excelling scholastically.  It wasn't a good feeling.  Then, when I was at high-school I used to sit next to my friend, Avril, who was very good at shorthand.  Every time I would try to talk to her she was practicing.  If I couldn't waste time talking to her, I thought I had better practice, too.  Bingo!  For the first time, I got a taste of success.  She topped the class and I came in 6th.  What a revelation I had that day!  I could do it!  I didn't have to be just average any longer.  It was an incredible sense of achievement and one that changed my thinking thereafter.

After completing my nursing training, I decided to give University a try.  My father said, "We aren't that kind of people!"  Previously I would have believed him, but with my new-found confidence, I thought, 'See ya!' and off I went.  Then, in later years, I met up with an old school teacher I had in high-school and when I told her I had just completed a Diploma in Nursing Studies, she said, "But you weren't academic material!"  I went on to complete a Bachelors' Degree.  My husband's brother found an old high school school report where the Principal stated, 'John would not amount to anything academically!'  What a terrible pronouncement to make over someone!  My husband, both his brothers and I all failed a year at high school in New Zealand because every student that didn't drop out took national exams in the last three years of high school.  Only 50% were allowed to pass to keep the standards high.  If you failed you had to repeat the whole year.  The brothers all attained University qualifications and became school principals.  I became a Registered Nurse.  It's grit and tenacity that got us there!

The possibility of succeeding is an absolutely vital ingredient in every person's life.  Failure either creates a deep sense of hopelessness or spurs you on to overcome it.  Without hope, kids get into trouble.  Everyone wants to make their mark on the world somehow, and if they cannot be recognized for having expertise in something positive they will get it negatively.

Your kids don't have to be top of the class, win every race or play first violin in the orchestra to create a great feeling of accomplishment.  We need to expose them to various activities or studies to see where they shine or where they would LIKE to shine.  If your kids are struggling at school, then talk to the teacher and, if possible, get them extra tuition so they can master their classes.  Don't let them think they are 'dumb' because they don't 'get it'.  Encourage them with any form of achievement and help them when they struggle.

The little boys in the picture above are in a Tae Kwon Do class.  They are only 3 and 5 years old yet they are jumping out of their skins with excitement over gaining different colored belts after passing higher and higher grades.

Success can be achieved at any stage in our lives.  If we feel we have wasted our learning years, it is never too late.  We met a 93 year-old woman recently who had just gained her Bachelors' Degree.  She was asked why she did it because it was not going to make any difference to her vocational opportunity.  She said, "I just wanted to do it to keep my brain active."