CHRISTMAS IN SNOW AND IN SUNSHINE 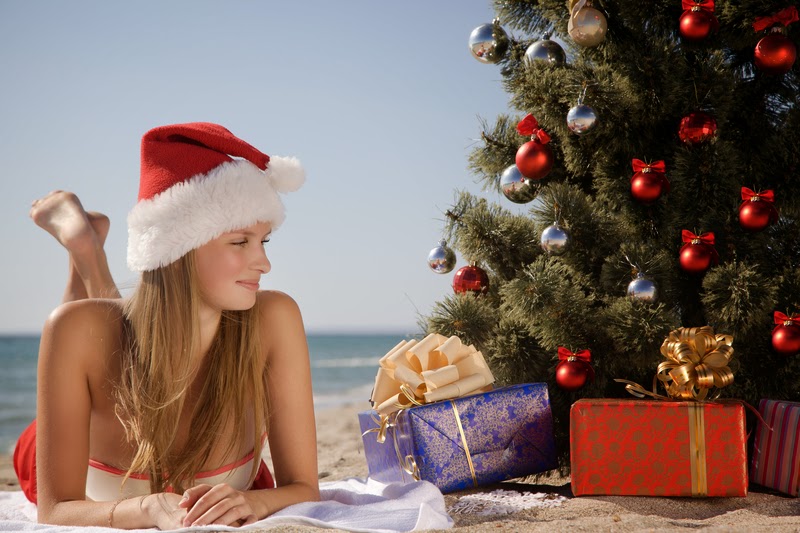 We have often been asked about the difference between our New Zealand and American Christmas.  Well, the season is about as different as chalk from cheese, actually.

THE WEATHER:
When we lived in New Zealand and received Christmas cards depicting piles of snow, we never really thought about it because of the whole Santa and North Pole thing.  However, the reality struck hard when we moved up here to the USA, and felt the bitter cold and at times struggled through snow on Christmas Day.  You see, in New Zealand and Australia, Christmas marks the beginning of the summer break.  It is hot down there.  It is very hard to imagine, but when you have lived in the opposite season all your life, you don't even think about it.

CHRISTMAS DECORATIONS:
We notice that here in the USA, people tend to go all out with festive decorations.  Not only is there a Christmas tree in the living room, but often in other rooms in the house also.  My friend, Nancy, has no less than 12 decorated trees throughout her home.  Up here people also add many other decorations inside the house such as nut crackers, tinsel streamers and festive center table decorations.  Perhaps, because of the cold weather, being indoors to enjoy the decorations makes it worthwhile taking the trouble to create a festive home interior.  Houses and lawns often get decked out with all manner of lights and objects such as reindeer, snowmen and the nativity scene.  Some people even decorate themselves by wearing bells on their ears and on their socks.  Christmas sweaters adorn many a woman with festive scenes on the front.  Many people here wear red during the days leading up to Christmas and on Christmas day.

'Down under' as we call the South Pacific, we do not tend to be so decoratively-minded for a number of reasons.  This may be somewhat dictated to by our weather.  It doesn't get dark until later at night so lights all over the outside of the house do not show up in the early evening.  Perhaps because of our more conservative culture or maybe the hot weather, we are not inclined to decorate ourselves in Christmas attire.

CHRISTMAS FOOD:
In the USA it might be turkey, ham, or pork roast, cranberry chutney, congealed salad, cooked green bean salad, cornbread, chocolate pie, and coconut cake depending on where you live.  Note these are all basically winter foods.  In New Zealand and Australia, we are more inclined to eat lamb roast or chops, ham or chicken, baked vegetables and cold salads.  We might even eat a completely cold meal at the beach.  Many families have an outside meal for Christmas based around their BBQ.  You know ("Shrimp on the Barbie"and all that!)  Because our countries were settled mainly by Great Britain, we often eat boiled Christmas pudding with custard and whipped cream which is a winter dessert, but we are just as likely to eat Pavlova (see below) which is whipped egg whites made into a meringue, cooked and stacked with fruit and whipped cream.  This is an any time of the year dessert, but very popular at Christmas. 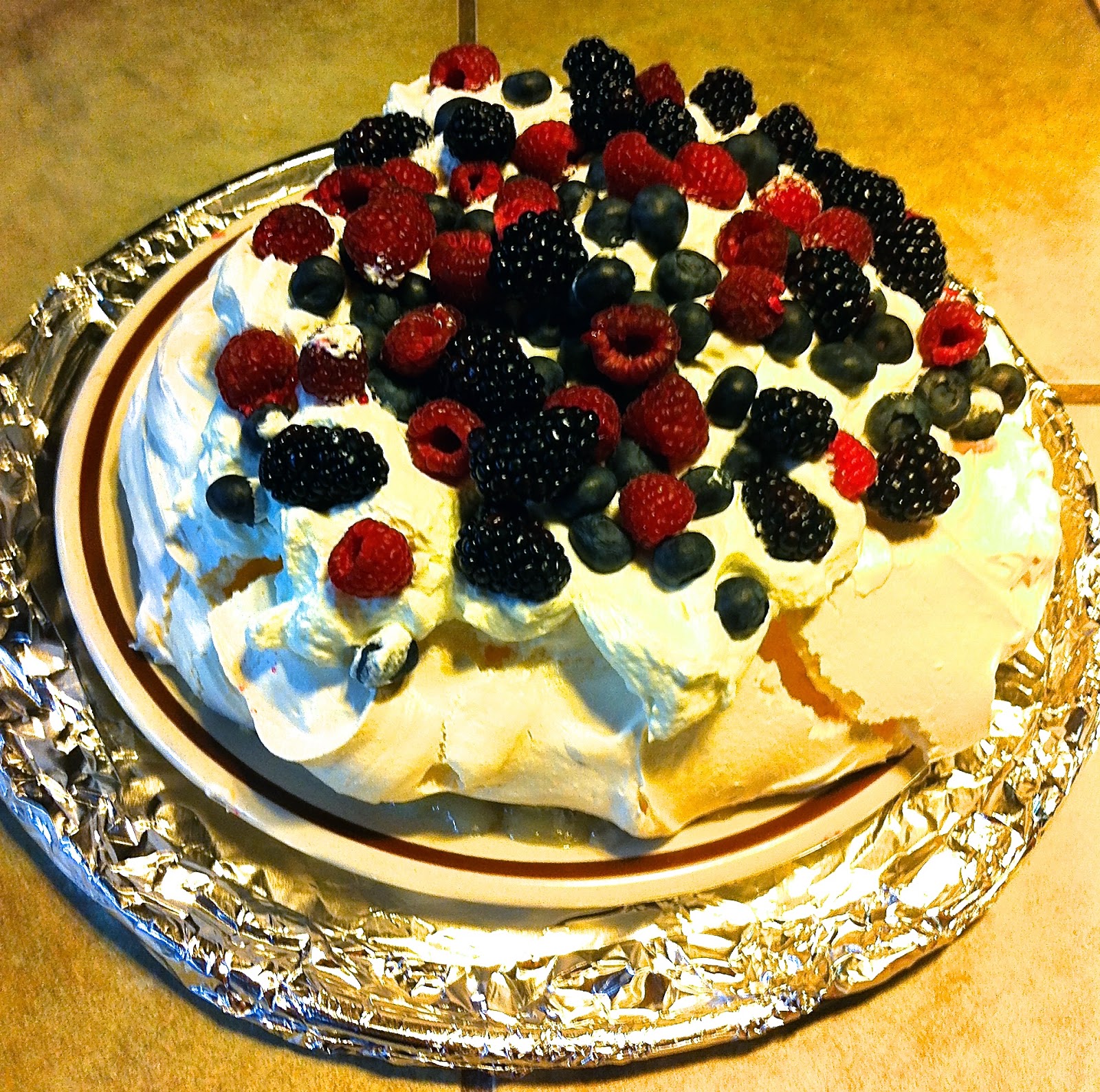 CHRISTMAS ACTIVITIES:
After our Christmas lunch we often go to the beach to have a swim.  In the USA people have Christmas Day off, but then go back to work until New Year's Day when they have one day off and then straight back into the work year.  That was a real shock to us because between Christmas and New Year, in New Zealand and Australia, we pretty much shut down for 10 days.  We always have the day after Christmas (Boxing Day) off and also the day after New Year as statutory holidays.  Because it is summer and the kids are out of school until the beginning of February, many families take this as their holiday time away.  Some families have Christmas Day at the beach or will certainly leave for their holidays on Boxing Day.

Christmas traditions are hemispheres apart.  It has taken us 20 years to get used to 'Christmas' coming and going with barely enough time to catch a breath, especially as it is very soon after the Thanksgiving celebrations.  Christmas is one day here compared to at least 10 days of fun in the sun.  You ask about the difference?  Yes, we all celebrate with the same fervor, but our cultures and our weather dictate the difference. 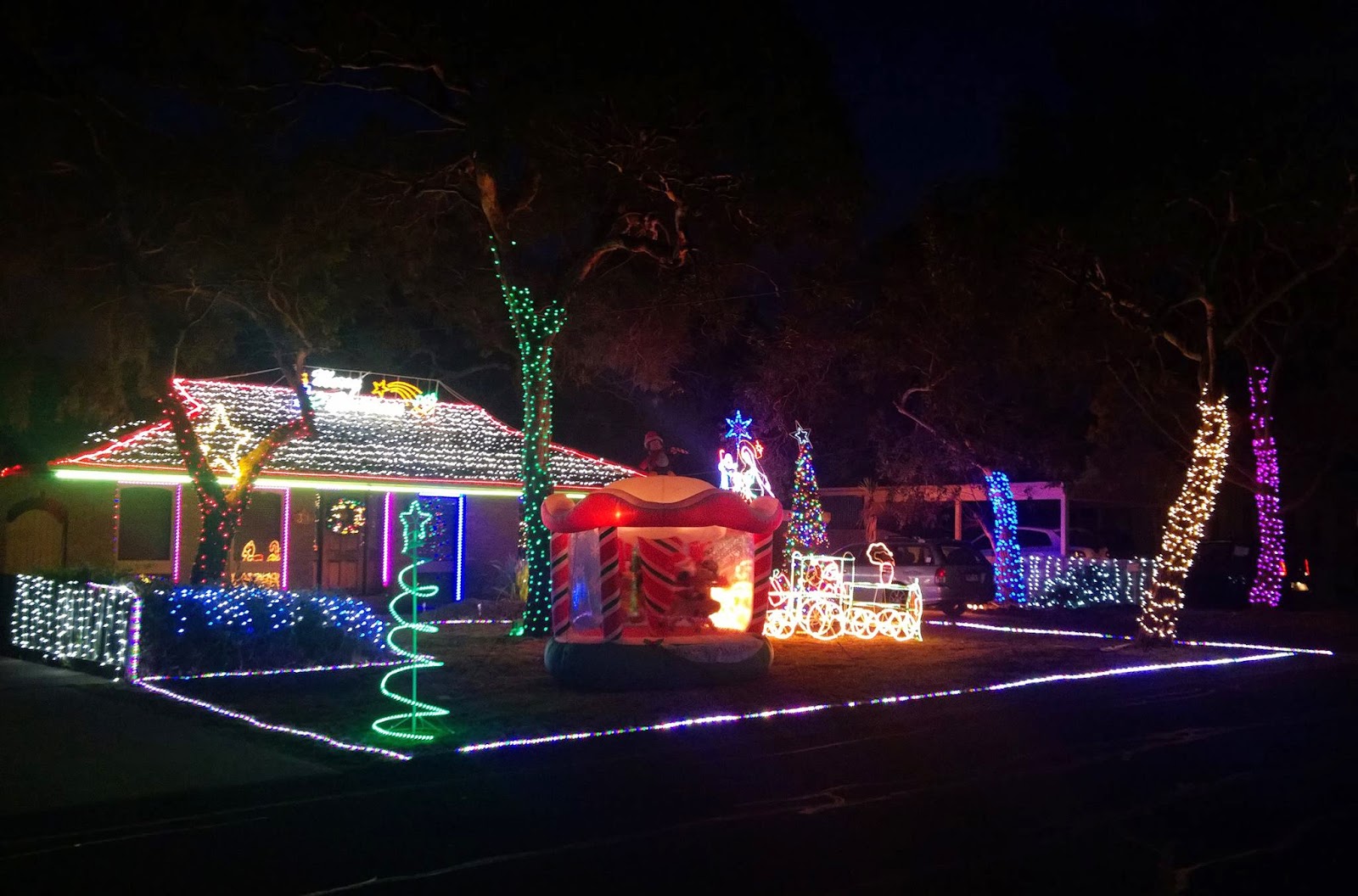 This is my brother Jon's home in Australia.  He doesn't care about the
summer season, he just likes expressing his creativity at Christmas time!